NO HIDDEN FEES. NO COMMISSIONS 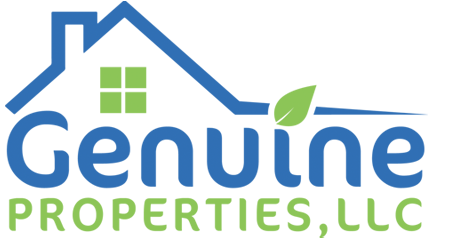 HOUSING STILL THE BEST INVESTMENT TOOL OF A LIFETIME

Many people are still wondering whether or not real estate is one of the best investment strategies for long-term wealth building. Is investing in homes still a smart investment for the average individual? Is a home still the best investment of a lifetime for most Americans? If so, why are some pessimists still questioning the rebound in the news?

Real estate companies will always boast about the benefits of acquiring real estate because it is their job. That is, unless of course, they have gotten into the rental business and make their money by touting the benefits of renting instead. Let’s be honest; statistics can be found and twisted to support any point of view and argument. Entire years of real estate statistics have been revised in the past, new indexes have been created to restart the clock, and even the national GDP was revised. Most don’t even bother to tune into job and unemployment numbers anymore due to how skewed different data sets have become.

Even though the most conservative figures show housing rebounding, especially in hot areas like San Diego, there continue to be doubters. However, it doesn’t take much more than a little common sense to figure out real estate is still the best investment for most of the population. This applies to affluent individuals with top 1% income, as well as those that need to pinch pennies. Stocks have continued to demonstrate extreme volatility and risk. While UT San Diego reports local real estate is still 50% undervalued.

In the stock market, plenty of Americans have lost 6 figures, literally overnight. Direct investment in real estate isn’t that volatile, and nothing is ever lost until a property is sold. For example; some Southern California homeowners saw their home values rise and fall on paper during the last couple of decades, but if they don’t sell for a few more years when prices exceed their previous peak, they will come out handsomely.

Invest in Real Estate, Even if You Can’t Afford Your Dream Home

One of the top excuses for many not to buy a house is that they can afford their ideal dream homes yet. Of course, unless they invest in real estate in some way now, the odds are against them ever being able to afford that dream home. Incomes haven’t been going up, but rents and home prices have. Those wanting to buy a home should not invest any money in stocks or bonds, but should prefer cash. Of course, in reality, cash depreciates too. It can be at risk whether it is in the bank or under the mattress.

Investing in real estate is the best way to build up more wealth and cash to buy that dream home. Can’t find a home you’d live in even for a few years? Then buy a rental property.

Many Americans are sadly being seduced into the lifelong renter mindset without realizing the horrific consequences it could be dooming them to. Consider those paying 50% of income in rent right now. Rents have been going up 20% a year in many places. If rent goes up another 20%, many could be priced out of both buying a home and renting too! Then what?

With Americans living longer, and with company retirement plans evaporating, they also need to consider where they will live for 40 years of retirement on limited income? Even legendary billionaire investor Warren Buffett, with all of his endeavors into energy, insurance companies and holding sizable stakes in companies like Coke and Wells Fargo, still calls his own home his best investment ever. – See more at: http://www.cthomesllc.com/2014/06/housing-still-best-investment-tool-lifetime/#sthash.9aVRuSgX.dpuf